Review and Response by KevinB

“Firehouse” is not a large book, physically; it doesn’t even overtop 200 pages. But David Halberstam packs quite a bit int 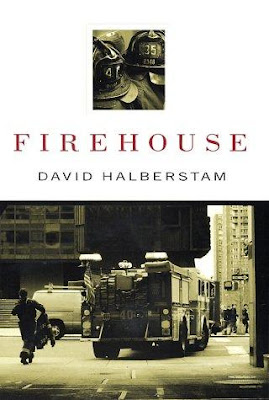 o that compact space. It is not a book to read in a single afternoon, unless you plan on re-reading. And I don’t know that I can recommend taking it to your favorite café, unless you are such a regular that the help will understand when you set the book down while trying discreetly to wipe that tear off your nose, before it becomes too noticeable.

Halberstam made his name as a war correspondent, flying from the to . He now lives in , on the , 70 some streets north of the erstwhile WTC. Just around the corner from his home is the 40/35 firehouse, one of the hundreds that make up the FDNY. Just as the shifts were changing, mid-morning September 11th, 2001, their two rigs, 40 Engine and 35 Ladder, were dispatched. They left with thirteen firemen. Only one came home, by way of the hospital, clinging to life. This little book is a look back, written mere months later, at each one of these men, their lives in and out of the firehouse, the paths that led to their careers, and their deaths.

I suppose part of being an A 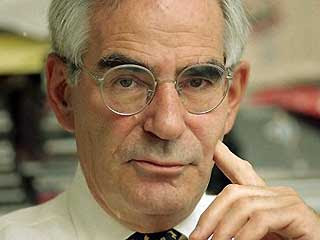 merican is imagining as a little boy becoming a fireman. Rather like becoming a cop, or an astronaut, or an Army man. I do think this image a tad too nostalgic. I don’t know anyone who dreamed of becoming The Man. But we still have no dearth of applicants. And still no less a need for Police Officers and Firefighters. In many ways I think our cynicism is robbing us of a healthy respect and admiration for those who do these jobs. Halberstam tells us in the Afterword this was a major reason for this book.

The slip cover tells us that, “…we come to understand the culture of the firehouse…” I can only trust after reading how true this is. But I can say that my own interest in the calling has only been deepened far more than I would have thought possible. Just after the attack, the word hero was ubiquitous. One might have thought everyone was an X-Man. But they were. Their brothers are.

They found two small video clips of men from both 40 Engine and 35 Ladder. Where they found the bodies, with certain details in the footage, it is clear that both were shot just minutes before the south tower telescoped itself into the ground. Halberstam describes the tape with these words;

“They are, in the fire-fighting lexicon, calm, and they are doing the right thing. It is a haunting moment, and the videotape reveals with rare intimacy what brave men look like at the worst moment that the Fates can present”.

I found the book at Dollar Tree. I do not know how easily you can find it. But you should. I’m giving my copy to Aaron A. He had his Bar Mitzvah about two months ago, and it seems he still wants, even at this advanced age, to be a fireman.