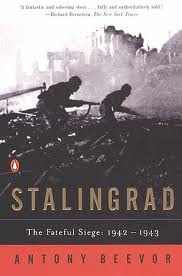 I've been putting off this response to 1999's Stalingrad--The Fateful Siege: 1942-1943 for weeks. To analyze and assess a work on the level of Anthony Beevor's accomplishment is a pretty daunting task. Beevor hasn't just written an narrative of the Battle of Stalingrad, but thickened it with analysis, insight, and interpretation. But that's not all. The narrative itself is brilliantly written and painstakingly researched.

As a historian, Beevor's writing of narrative history is simplistic and straightforward in comparison to the interpretation-heavy, analysis-laden studies that often emerged throughout the 20th century. This is not a weakness, as it frees him to focus on crafting a thorough and complete overview of the battle. Beevor concerns himself with more than simply the war-room discussions at the Wolfsschanze or Kremlin, but also the plight of the soldier in the trenches, manning the tanks and anti-aircraft guns, and the surgeons suturing wounds and amputating limbs. It's a heavy book--approximately 512-pages in trade-paperback form. But it is incredibly absorbing, tragic, and illuminating. 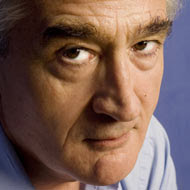 Immediately, Beevor's task is daunting. To research through German and Soviet records, documents, soldiers' letters, officers' memoirs, newspapers, and recorded radio broadcasts must have taken an incredible amount of work. However, this monumental undertaking bore fruit as this thick volume strives to shape as complete a picture as possible of the conditions and nature of the combat that characterized Stalingrad. It's complemented with several easy-to-read maps that list nearly every major location mentioned in the book, and several plates of photographs. These pictures were obviously very carefully selected for variety of topic as well as comprehensiveness. Throughout the book, Beevor peppers his narrative with case-studies drawn from his exhaustive records. He also introduces current historiographical discussion and analysis. The author soft-pads his own conclusions regarding the various causes for specific mishaps and errors, subtly embedding it in the form of character-analysis of many of the key generals and leaders involved in the strategic decision-making.

Beevor begins his narrative with the last days of the Molotov-Ribbentrop Pact and the beginning of Operation Barbarossa. The immense gains achieved by the Nazi forces against the Soviet Union and their relentless drive across the flat plains of western Russia intensifies the plummeting feeling that the reader achieves by the book's conclusion. He then describes the brutal Russian winter and minor reverses the Germans experience before launching into a description of Operation Blue. Hitler's grand design was to push for the oil-rich fields in the Caucasus. The city of Stalingrad, en route, was to be captured by General Paulus' Sixth Army and held to anchor the German flank.

Instead, Hitler became obsessed with Stalingrad, seeing it as symbolic of the struggle of Germany against the Soviets and fascism against communism. Since he personified the Nazi regime, and Stalin (to Hitler) personified the facelessness of Bolshevism and the Soviet government, Hitler was intent on capturing "the city of Stalin." It was here that the Soviet mantra "not one step backward" was brutally enforced as commissars summarily executed any retreating Soviet soldiers. Soviet general Vasily Chuikov was given the command to hold the city and not give up the western bank of the Volga. Thus, amidst the ruins of a bombed-out city, the German Sixth Army became locked in a furious Rattenkrieg ("Rat War").

The tide turned, however, as winter approached and Soviet general Georgy Zhukov executed a brilliant campaign that turned Stalingrad into a disastrous trap for Paulus' Sixth Army. Operation Uranus resulted in the encirclement of the Sixth Army, cutting it off from support and supply, followed shortly by Operation Little Saturn, which foiled a German attempt to reconnect with the Sixth Army and thrust the main German forces backward, further isolating the Sixth Army. Finally, after sitting through weeks of freezing cold, malnutrition, and disease, the Sixth Army was brutally crushed.

Beevor then describes the conditions of German internment in Soviet P.O.W. camps, and how brutal treatment and neglect combined to kill the lion's share of German prisoners. This is juxtaposed against the comparatively civil treatment the Soviets extended to officers and generals. The interrelations of the German generals in captivity is a fascinating study in how tragic loss and disastrous reversals of fortune can impact the psyches of individuals. 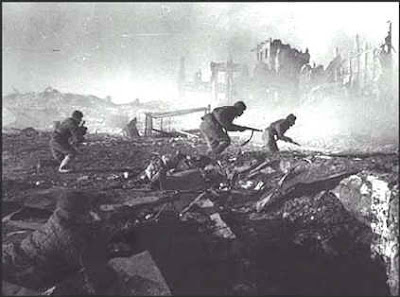 Beevor's Stalingrad is ultimately a tale of utmost human tragedy. Although he doesn't say it directly, all of the evidence and character analysis lays the blame for the destruction of the Sixth Army and the resulting reversal of fortune for the German war machine in Russia upon Hitler and the neutered Wehrmacht high command. Poor decision-making, spineless sychophantism, backroom politicking, and hubris combined to allow Hitler and the German high command back at the Wolfsschanze to underestimate the strength of the Soviet military machine and their ability to effectively counter-attack. In the end, Hitler abandoned the Sixth Army to starvation, exposure to the elements, and the "tender mercies" of an enraged Red Army. 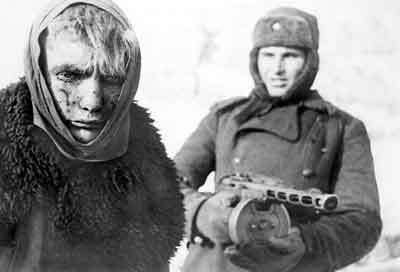 It's difficult not to feel pity for both the Soviet soldiers and civilians suffering throughout the German advance. Likewise, however, once the Sixth Army is cut off, it is also difficult to remain callous to the starvation and suffering experienced by the German soldiers (see left for a German P.O.W. escorted by a Soviet soldier with a PPSh-41). Throughout the final segment of the book, Beevor describes the variety of reactions the individual soldiers have toward their own suffering and that of their comrades. The reader's emotional reaction should be confusing and difficult to categorize. On the one hand, the Soviet leadership and the brutal tyranny of Stalin are difficult with which to sympathize. However, the individual Soviet soldier was often brave and self-sacrificing for his comrades. Many women took part in the battle against the Germans, initially shocking and dismaying them. Indeed, reading about German doctors who fought to care for patients regardless of the circumstances, also made them much more real and pitiable.

As I mentioned above, the tale of Stalingrad is a tale of human tragedy. The book abruptly ends with the fates of the city and the captured generals after the war, and the division of Germany. The overall tone is inescapably bitter. Hundreds of thousands of human beings were cut down by bullets, bombs, the cold, disease, and hunger for a ruined city that mattered mostly because of its name. 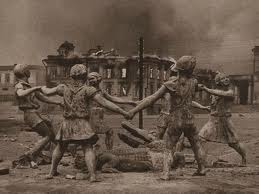 Posted by Dave Cesarano at 2:30 PM

Have you played close combat? Its my favorite game as I'm passionate about history