D&D Spellcasting: Pushing Beyond Your Limits 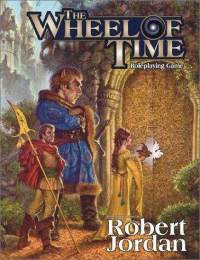 It's been a while since I last posted, so I figured I'd put up a little something I've been thinking about when it comes to gaming.

What if magic-users in the D20 system could somehow push beyond their limitations? What would be the risks involved?

Well, the D20 Wheel of Time book from the early days of 3rd edition has a system for Aes Sedai channelers of the One Power to do just that. So... why not adapt some of those rules for sorcerers and wizards in 3.5 D&D or Pathfinder? I've house-ruled the ability for wizards to overprepare and sorcerers to overcast their spells and fiddled with the rules for doing so until they fit how I wanted to use them.


Once the caster has decided to do one of those things, he or she must make a Concentration Check. Finding the Difficulty Class isn't hard.

It looks more complicated than it is. Check out the chart below.

So, let's say Fazzle Bandazzle the Great (Sor 5) wants to cast a fireball, but he has no slots left. His Concentration check DC is 15 plus five times the spell's level, so he has to beat a DC 30. Now, if Nort the Mysterious (Wiz 3) wants to prepare a lightning bolt, but he's not high enough in level, he can still try to force the spell into his head with a Concentration check equal to 15 plus five times the difference between his highest possible level spell (2nd) and the spell he wants to cast (3rd), so his check DC is 20.

These attempts are not without their risks! If either of them fail, the attempt doesn't work and they have to make a Fortitude save. The formula for this is simple, too.

If the Fortitude Save fails, consult the table below for some nasty side-effects. For one, the strain of stretching one's mind too far can be painful and strenuous. In addition, there could be a magical back-lash, physically harming the caster who failed to either prepare or cast the spell properly.

Some DMs may opt to change some of the side-effects, for example, adding temporary or permanent damage to the character's Intelligence. The character may also acquire some sort of curse or insanity. The DM is encouraged to be creative with some of the penalties for failure. Doing this sort of thing has to be risky.

Posted by Dave Cesarano at 2:37 PM

Good ideas though, never gamed enough to consider that this oversight didn't correspond to reality.
I could likely do the same sort of thing for other skills and weapons, too, no?

I myself have never picked a lock. But I know what one looks like from taking them apart, and i am pretty handy...