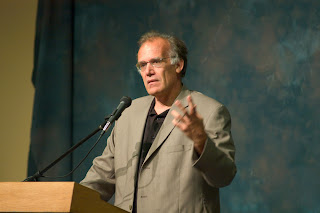 I'm a big fan of Victor Davis Hanson as many of you are aware. Well, apparently, though it was a dominant force in the world of military history for about ten years, his theories seem to have drawn a great deal of poignant criticism from some key military historians, particularly John A. Lynn, author of Battle: A History of Combat and Culture, although he has been supported by the esteemed John Keegan, author of The Face of Battle. 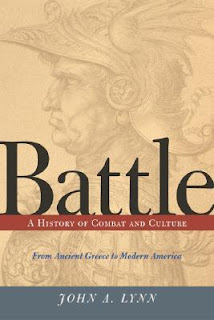 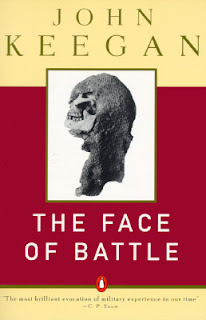 One of the errors that most readers and analysts seem to make is to assume that Hanson is arguing for the "universal soldier." He is, in fact, not, in my opinion. What he is doing is, from a classical perspective, analyzing trends in the way Westerners fight (particularly against non-Westerners) and draws a number of conclusions from this. His basic thesis is that there are a number of factors that have been embedded in Western culture ever since the Graeco-Roman era. These provide a solid bedrock of cultural heritage which we unconsciously draw upon when we wage war. These factors are political freedom, capitalism, individualism, democracy, scientific inquiry, rationalism, and open debate. 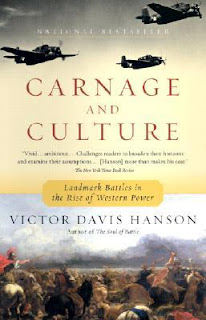 First, let me assess Hanson's primary text on this subject, Carnage and Culture. It is this book that draws the lion's share of criticism, perhaps justly so. Hanson begins with the concepts of freedom, decisive battle, and the concept of the citizen-soldier, and cites a number of sample battles, Salamis, Gaugamela, and Cannae as examples. Then he moves on to landed warriors, rationalism, and scientific inquiry and capitalism, at Poitiers, Tenochtitlan, and Lepanto, respectively. He finishes with discipline, individualism, and open debate at Rourke's Drift, Midway, and the Tet Offensive. Each battle showcases one of these traits, and is used as a vehicle to illustrate how (often) that trait intermingles with the others in order to create a cultural mindset within the fighters and the army itself.

This tactic of showcasing certain battles is very strong in some areas, and weak in others. Gaugamela is a great example of decisive battle, but it doesn't demonstrate how that is a common concern of Western commanders and cultures. An entire book could be written solely on the trait of decisive battle, and still have solid counter-attacks that the concept was born in the modern era that produced von Clausewitz. Similarly, the chapter on Poitiers is especially weak in demonstrating how landed infantry are superior, as well as how they are a constant throughout Western warfare. Actually, in my opinion, landed infantry, much like decisive battle, aren't so much constants, but ideals, and indeed, I would have chosen several battles from the Hundred Years' War (a Western vs. Western conflict) over any other engagement as a prime example of what landed yeoman infantry are capable of on the battlefield (despite the fact that they were mostly archers and not shock infantry).

This is actually Hanson's greatest weakness--he doesn't seem to realize that he's discussing ideals. He admits that Western armies don't always fight in a "Western style," and in this he is correct. What he needs to clarify is that these ideals are embedded into Western culture as part of our Graeco-Roman heritage.

This idea of a cultural heritage from Greece and Rome is very much a part of the classical historian's mindset, and would seem extremely foreign to the new researcher of cultural history or cultural studies, who, in a quite postmodern or Foucaultian manner, would prefer to see history as a series of disconnected epistemes/discursive formations bereft of continuity. To the classical historian, this is an absurd concept, because we see influences of the Bronze Age directly impacting the thought-processes of later Archaic, Classical, and Hellenistic Greeks through myth, story, and heroic epic--these periods were not disconnected, and not even the break of the Dark Ages of Greece could wipe out cultural memory.

According to Chester G. Starr, former adviser to my former adviser (Steven Sidebotham), in his Origins of Greek Civilization, Western civilization is unique because of it's Greek heritage of secular thought and rationalism--ideas that evolved during the Archaic and into the Classical periods, and are not found elsewhere. This is a common thread throughout the studies of ancient Mediterranean cultures, and seeing that Hanson is a classicist, it is unsurprising that he would have adopted just this sort of concept. 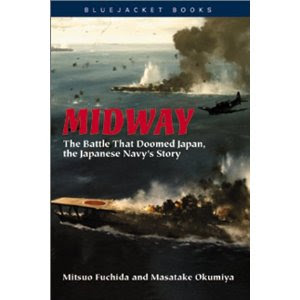 The strongest chapters in the book are the first (Salamis), and the fifth through eighth (Tenochtitlan, Lepanto, Rourke's Drift, and Midway respectively), and especially the eighth (Midway). I'm familiar with some of Hanson's sources, especially the firsthand work by Fuchida Mitsuo, entitled Midway: The Battle that Doomed Japan, which, from a Japanese perspective, clearly makes Hanson's point about individual initiative for him. Initiative is also observed throughout most of the other battles cited--as I've said, Hanson wants to emphasize the continuity aspect of these cultural characteristics.

The final chapter on the Tet Offensive (open debate) compares the stasis of Athens during the early Peloponnesian War to America during the late 1960s and the Vietnam War. While the comparison is apt, and does a lot to prove his point about internal dissent, he turns it into an indictment of the American media system and journalistic sensationalism that essentially lost America the war (although Westmoreland's foolish strategies and reluctance to take the war to North Vietnam were mentioned). This chapter could have been stronger if Hanson's own political agenda (one I albeit agree with, however) could have been put aside so that the author could focus more on how political dissent strengthens Western fighting capacity. This chapter actually seems at odds with itself, describing how open dialogue can be crippling (admittedly, he cites these cases as extreme), whereas in previous chapters he likened open dialogue to individualism and described how it increased the effectiveness of fighting forces at previous battles. Rather than citing it as a trait, I'd label open debate as a consequence of individualism and freedom within Western culture.

Hanson's other weakness is in portraying Western culture as monolithic, despite his own admonitions that it is, by far, not. In my opinion, he over-plays his hand throughout the book, leading to responses like Lynn's Battle. Lynn isn't going to tackle this from a classical perspective, that much is certain from his book's preface. I agree with Hanson that there are a number of Graeco-Roman cultural traits that have been passed down through Western civilization--traits which have, at times, been suppressed or superseded by the demands of the moment or the time period. I would argue that often these traits are mere ideals, not often or always realized, or perhaps realized only in parts of the Western world from time-to-time. However, the undeniable truth (in my opinion) is that these traits continually do surface, and typify Western civilization. They are a part of us, whether we like it or not.

The reason they surface is, I think, due to something my friend, Kevin, has said:

Hanson is highlighting the way Westerners think. Reducing it, or bending it, to something larger or smaller, completely misses his point. And thus throws his implicit warnings for the land of the free, right out the window.

I would honestly have to agree with him. It is a lot about how we think, but how we think is shaped by our culture. Nevertheless, not all of us think like this, and not all of the time, either. Personally, after living in Korea for 2 1/2 years, I can certainly say that individualism, open dialogue/disagreement, rationalism, concepts of civic militarism, and egalitarian freedom are quite alien to non-Westerners. Yes, South Korea is supposedly a democracy, and there is supposed to be discontent with the current Korean president, but these ideas do not and cannot translate to the individual in everyday life--which is Hanson's key point. Many of these battles were won because of the individual decisions to buck the system or to innovate. These are certainly not unique to Westerners solely, but the ease with which we perform these actions is part-and-parcel with our culture and with our success.

이순신 (Lee Sun-shin), Korea's greatest national hero, in many ways embodies these ideas of individual initiative, rationalism, and civic militarism. And while he died a hero, he was despised, hated, and the Confucian mandarins in the Choson court constantly tried to grind him down and make him stay in his place. He was even thrown into prison. Here in the East, this sort of thinking is anomaly and anathema to the native culture. For us, it is our greatest strength.
Posted by Dave Cesarano at 11:20 AM